To have the optimal experience while using this site, you will need to update your browser. You may want to try one of the following alternatives:

What Are Soot Webs? 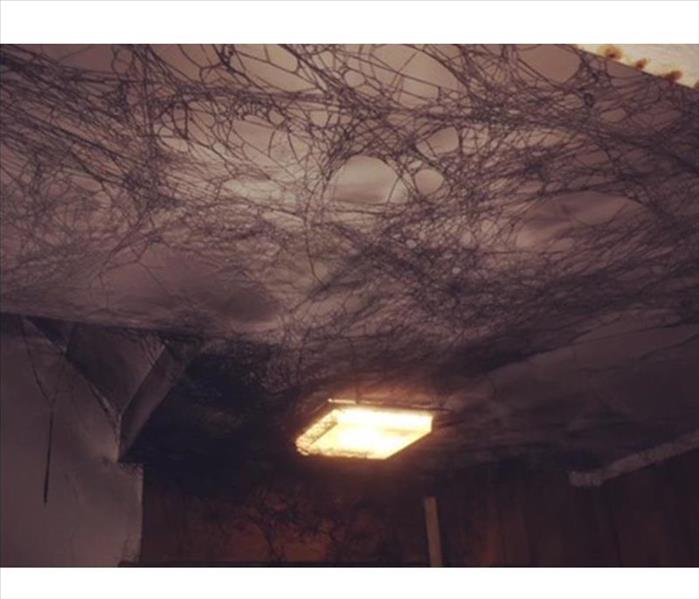 Soot webs are the most common type of web you’ll see after a fire.

Have You Heard Of the Term Soot Webs?

Have you recently suffered from a fire in your Garland, TX, home and discovered a black-looking cobweb? This article will teach you what soot webs are and how they come to be.

Soot webs are thin strands of soot that can cover the ceiling after a fire.

Soot webs are thin strands of soot that can cover the ceiling after a fire. Soot is a byproduct of burning and collecting on ceilings, walls, and other surfaces. The consistency and color of soot webs depend on how long it has been since the fire occurred, as well as what materials were burned in the fire.

They look like regular cobwebs, but they're not made from spider silk. If you see anything that looks like cobwebs on your ceiling after a fire, it's probably a soot web.

Soot webs can have different names.

Soot webs are also known as “smoke webs,” or just “webs.” These names are not specific to soot webbing but can refer to any type of fire damage that has occurred in your home.

How do soot webs form?

Soot webs are created by soot particles that have been suspended in the air. Soot particles are lighter than smoke particles, which means they stay suspended longer above a fire source. When they do fall, they stick to surfaces inside your home or business.

The best way to avoid soot webs is to prevent fires from starting in the first place!

Soot webs look like regular cobwebs, but the two are different.

Soot webs are not sticky, which means you can walk through them and not get stuck. They do not have the same structure as regular cobwebs, nor do they serve the same purpose. They are also not made by spiders or insects, nor are they made of dust or debris. They're actually an accumulation of soot particles in your home's ventilation system—something that can be caused by burning candles indoors or any other activity that produces smoke and ash.

If you see anything that looks like cobwebs on your ceiling after a fire, they're probably soot webs. Soot webs are not made of silk-like regular cobwebs and can be mistaken for them. If you look closely at the edges of your soot web, it will be rough and grainy, not smooth as silk. Cobwebs are usually found in corners, while soot webs tend to hang down from above (often from light fixtures). Regular spiders do produce silk but only use it for wrapping insects; they don't build webs out of it.

Soot webs are the most common type of web you’ll see after a fire. They look like regular cobwebs, but they’re different. The best way to tell them apart is by looking closely at the strands: soot webs have a smooth, glossy appearance, while spider webs have tiny hairs on each strand. You can also tell them apart by their color—soot webs are gray or black, while spider webs are often white or cream-colored.